Lucy Hale: A Day In My Life 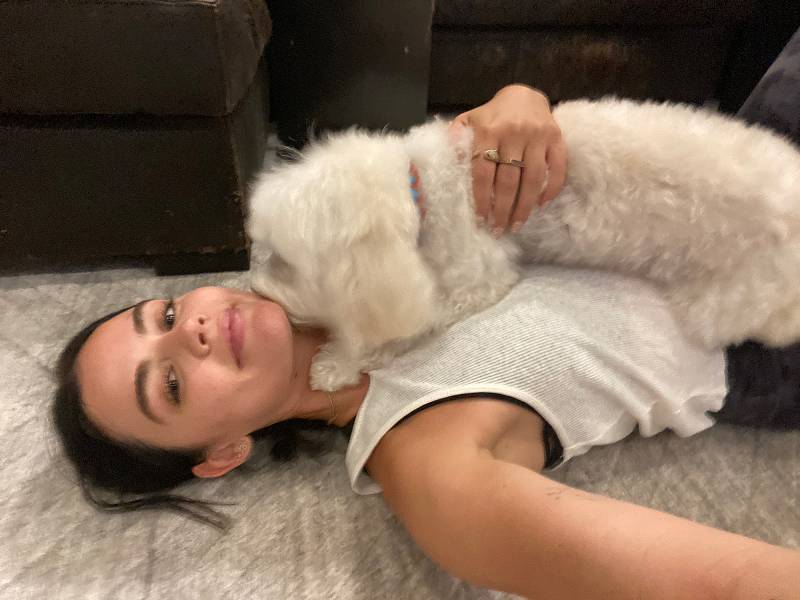 Lucy Hale is always on the go.

After beginning her day with a cup of coffee and a journaling session, “[my dog], Elvis, and I usually go for a hike,” the actress, 31, says exclusively in the new issue of Us Weekly. “Being outside and in nature is one of my favorite things about living in Los Angeles.”

But hitting the trails isn’t the only active thing she does in a day. The Pretty Little Liars alum also hits her Peloton treadmill, which “I love,” she admits. “It came in handy during quarantine.”

According to the A Nice Girl Like You star, staying in shape is something that’s always been important to her.

“I’m one of the weirdos in the world that genuinely likes working out, not from a physical perspective, more from a mental aspect,” the songstress told Harper’s Bazaar Australia in 2018. “It’s a daily part of what I do.”

A large chunk of Hale’s day is dedicated to working too. That means doing press interviews via Zoom, which she says isn’t so bad. “Press from home means you only need to dress up from the waist up,” Hale jokes.

And things are only getting busier for the Tennessee native. Just weeks after her latest show, Katy Keene, was canceled after one season, it was announced that she’ll be starring in and serving as an executive producer for Jesse Harris’ survival thriller, Borrego.

“I knew from the second I read Borrego that I needed to be a part of [Harris’] tale of survival,” Hale shared to Instagram upon the news reveal, before adding that she was “so excited” to start filming.

Borrego
Elly 2021
Borrego follows a young botanist who relocates to a small desert town to study an invasive plant species. She must fight for her survival when she's kidnaped by an inexperienced drug mule after his ultralight plane crashes in the desert.
Big Gold Brick
Lily 2021
Big Gold Brick recounts the story of fledgling writer Samuel Liston and his experiences with Floyd Deveraux, the enigmatic, middle-aged father of two who enlists Samuel to write his biography. But the circumstances that lead up to this arrangement in the first place are quite astonishing-and efforts to write the biography are quickly stymied by ensuing chaos in this darkly comedic, genre-bending film.
Son Of The South
Carol Anne 2020
A grandson of a Klansman comes of age in the deep south and eventually joins the Civil Rights Movement. Based on the Bob Zellner's autobiography "The Wrong Side of Murder Creek."
The Hating Game
Lucy Hutton 2020
Resolving to achieve professional success without compromising her ethics, Lucy embarks on a ruthless game of one-upmanship against cold and efficient nemesis Joshua, a rivalry that is complicated by her growing attraction to him.